I’ve been wanting to make a progress post for a couple of weeks now, but a few of things came up.

I found a couple of bugs in the engine that gave me a few days of headache. One of them concerned Alicia’s ice spell and enemies susceptible to it. It took me a bit of time to realise it wasn’t really a bug, just an oversight from my part. At least I was glad there were no serious problems with this. 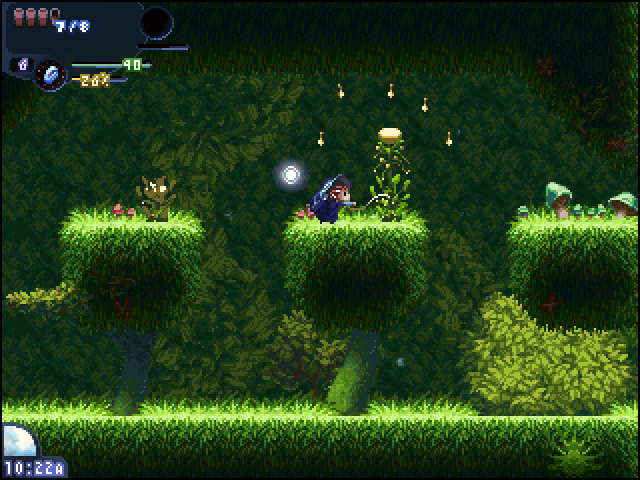 Heading into the Ilmaril Forest after a long fall.

The second bug was more confusing. Enemies have higher experience points during the night (as well as defence and attack), but experience modifiers for each enemy were ignored if the experience rate was increased beyond a certain point. Not only that, but the experience points kept on variating by a small unknown factor, and sometimes they were doubled. Also, that same day, the game kept on crashing for no apparent reason! Considering the amount of rooms I’ve done, and due to the nature of the program I use to make this game, this made me very dispirited. I decided to re-code the experience routine from scratch and replace it on every room… 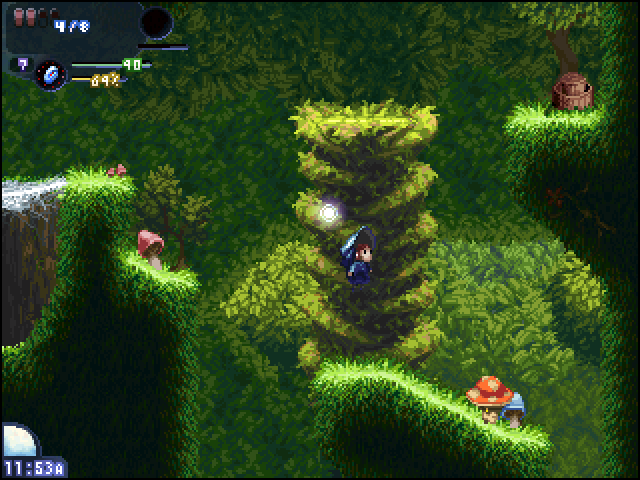 The upper part of the Ilmaril Forest

But it wasn’t as bad as I thought it would be. As for the sudden crashes, they thankfully were caused by a sound extension I was using. So things seem to be okay for now. On the upside, no game-ending bugs have been found in the beta-tests (up to now!), which means this is probably something that’s not going to happen very often. Let’s just hope me saying this is not a turning point!

In terms of development, I have been working on this game more than I ever have. I’ve taken some time off to work full-time on it, so I can dedicate 12-14 hours a day to it. I’m hoping this will get things moving quicker. I’ll try to keep you updated.