It’s been a bit more than a couple of weeks without posts. Generally, things have been walking all right! Spriting+coding+implementing the enemies has taken more time than I thought it would, but that’s because I’m really making an effort to make them unique and interesting. They’re actually a lot better than the early-area enemies, so I might have to go back and work on those at some point.

What about screenshots?, you might be wondering. Instead of screenshots, I want to make a small gameplay/teaser video this time. It will be the first public gameplay video since 2007! I’ve been recording a few segments of cool stuff, but I’d like to ask what kind of video you’d like to see:

Would you like to see mostly uninterrupted gameplay like the 2007 video? Or would you rather see something that’s more edited to look like a teaser video? I will do both eventually, and then a trailer, but one will come before the other. So let me know what kind of video you’d like to see

I’ve also been building the rooms for one of the dungeons of the game. This one’s a bit harder than the others in terms of its relationship with the game-world because it’s not in a separate part of the world-map, but is rather in the middle of it. Once you beat it, it later becomes a middle-point between two areas. The hard part is opening it well enough once it’s cleared so that the player can go through it easily, but keeping it closed enough so that the first time through is a challenge. 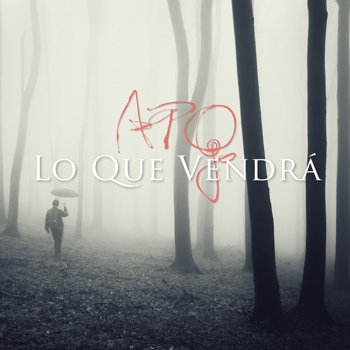 On another note, Jonathan, the composer developing music for the game, forms part of a quintet that regularly performs in Texas, and they’ve recently released an album! Check it out on their Facebook page!.


We saw few gameplay vids, its easy to record.
You ll have to put more effort to make teaser.

But if you put together one good teaser, you dont have to put anymore gameplay vids on ever.

Imo teaser would be better for this project, showing more in shorter time.


Yeah, I agree a teaser would probably be better this time. I just ask because sometimes, as a potential gamer, you want to see the engine working without any editing or embellishments—since you can conceal many defects that way. Thanks for the suggestions!


I am curious what tools are you using to create game. Are you using MMF2 or did you change to your own engine/coding?

Reply would be appreciated. Ty


I’m using MMF2. It’s likely someone will port the game to C++ and compile it there, but I have to finish the game first! You also use MMF2?


I saw few MMF2 samples, but this is just too awesome for MMF, so *bow*. I am thinking I might give it a try.

This work is impressive. I can compare your project only with konjak’s games. He’s also using MMF2. But beside that you don’t have other equal MMF2 developers.


Why, thank you! There are plenty of other nice projects being developed with MMF or other middleware software. Hope you decide to give it a try :)


I’m really looking forward to this! I was following the project for a long time a few years ago and only just remembered it. I’m glad to see it’s still in development and wasn’t just left by the wayside. As for the video, I would personally prefer a more teaser-trailer-style video, but one that still shows off what the fundamentals of playing the game will be like (not just a bunch of action shots). I think that would be really cool to see :)

As an aside, it seems rather roundabout to do all the coding in MMF2 and then port it to c++. Is there any particular reason to not just skip the MMF2 part (other than that you probably coded a lot of the core engine before thinking about porting it) or to even just not port it? I have personally found that the only issues with the MMF2-created executables is a very slight overhead from the roundabout way the program has to go about compiling due to the nature of its event-based style and some compatibility issues with Linux.


Glad to see you coming around! I’ll definitely try to tell a small story with the video, and will keep in mind what you suggest about not showing just action shots.

On the second matter, you’re right. It is quite redundant to code a game in MMF with the intention of porting it, but it didn’t cross my mind to do it until early this year. A pretty talented coder that’s worked with Clickteam before, and practically reverse-engineered MMF, offered to do it when the time comes. The game would then run faster because, as you’ve noted, it wouldn’t need an interpreter. And the game could also be ported to other platforms, hopefully. Anyway, thanks for the thoughts!